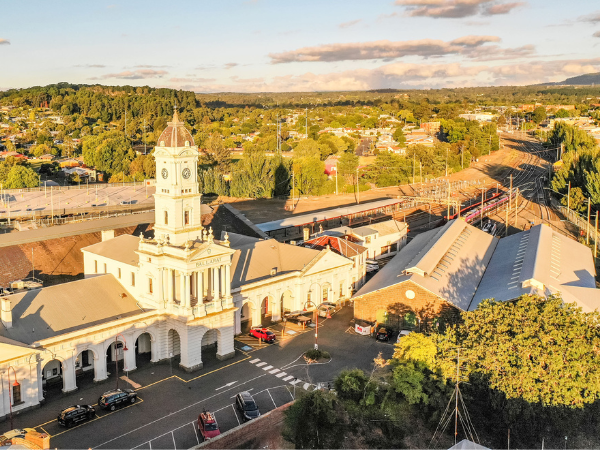 Rail Future for our Growing Region

Committee recently hosted a meeting of Ballarat, Moorabool, Golden Plains and Geelong local government areas to discuss the opportunity to reinstate passenger rail between Ballarat and Geelong. Far from being ‘pie in the sky’, the prospect is actually achievable and will become only more and more desirable as both regions continue to grow.

The group heard from the rail advocates Rail Futures who describe the technical elements of the project as affordable and realistic. Many may not know but the existing track that largely caters for freight, currently sees Velocity trains using the line when they have scheduled maintenance in Ballarat.

Works would be required to strengthen sleepers and ballast, along with the protection at level crossings including track and signal alterations to cater for junctions at Warrenheip and North Geelong. The costs are not huge and would be offset against the significant benefits for those living in the growth areas of Bannockburn and Lethbridge and all other intermediate towns along the route.

A commitment was made to further investigate the project – and the opportunity that is the Commonwealth Games was discussed extensively. Whilst work has been done previously, an up-to-date analysis of the social, environmental and economic impact of the project needs will be considered.

It’s hard to imagine a future without more efficient and effective connectivity between Victoria’s two major regional cities. It’s time to renew our analysis and plan for the future.